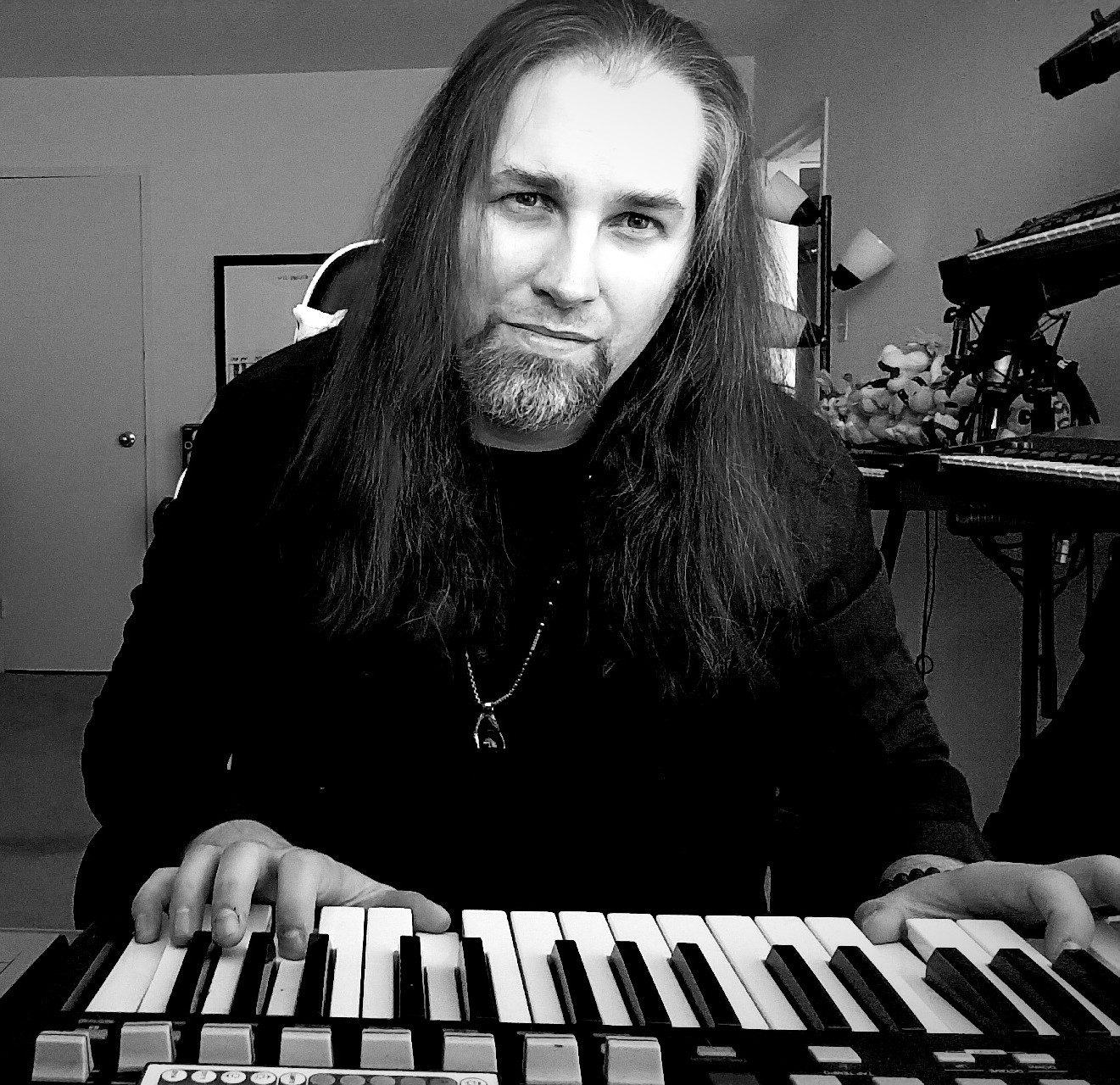 Tell It To Sweeney

Though Ryan McNevin’s impressive aptitude for computer technology and seemingly innate understanding of musical composition were demonstrated relatively early on his life, he never foresaw himself as one day embarking on a multi-faceted career path within the entertainment industry.

Initially opting to pursue a more conventional industrial-oriented vocation, it was a fluke in his highschool’s timetable programming that landed McNevin in Collingwood Collegiate Institute’s (CCI) award-winning Music Program. Impressed by his ability to pick up multiple instruments including the piano, trombone, baritone horn, clarinet and trumpet along with sight-reading, despite a lack of formal training, McNevin was permitted to advance from the school’s junior to senior level ensemble within the short span of a year; a feat which typically necessitates between three-to-four years of gruelling study.In effect, his schedule for his final years in highschool much reflected that of a 40+ hour work week: classes from 9 til 3, with band practises preoccupying almost every evening. His life - whether he was prepped for it or not - was beginning to revolve around music. Even following his convocation in 2003, CCI continued to request McNevin’s musicianship in the form of special guest performances, alongside their latest ensembles.During his time as a regular player for CCI’s concert bands and jazz ensembles, McNevin had the distinguished honour of competing in several nationally-renowned events including: MusicFest Montreal (2002) and The Kiwanis Festival (2003) in Vancouver. His work with these groups also resulted in him landing a music teaching/conducting gig among senior elementary school music students; something he still credits as one of the most rewarding experiences of his life.In 2004, McNevin enrolled at Fanshawe College where he underwent an intense three year pursuit at the post-secondary level in the colleges acclaimed Music Industry Arts (MIA) program. Mentored by the likes of Jack Richardson (Guess Who, Alice Cooper),Kevin Doyle (Alannah Myles, Kiss) & Terry McManus (Mr. Dress Up), MIA advanced McNevin’s audio engineering techniques, taught him about the business side of the music equation and provided countless opportunities to enhance his musical composition and arrangement talents.

The following September in 2005, he picked up exactly where he had left off: Gaining more and more accolades at school, including having several of his original radio jingles broadcast on 106.9 The X and achieving a nomination for “Best Audio Production” for his year-end project. An inspiring visit to Motown Studios in 2007 solidified his ambition to pursue music and music alone. Shortly thereafter, McNevin found himself on stage, instead of behind it, as Keyboardist/Backing Vocalist for the award-winning independent synth-pop group Stutter (later Photocell). Throughout their three year stint together, they recorded two studio EPs (David Werner; Moe Berg), achieved commercial radio and video airplay, performed at notable industry events, such as The Toronto Independent Music Awards (2007), a sold out show at historic London venue Call The Office in May of 2008, and even attracted major label interest. In addition to his musical role, McNevin was largely responsible for garnering the band’s publicity. His early experimentation in website development and social media management undoubtedly aided him in this venture – they did land several media features, after all.

Though McNevin was disappointed when his bandmates elected to amicably part ways in 2010, he sought comfortable refuge once again “behind the scenes”: working as a Co-writer, Producer, and Session Player for various local artists including Laura Gagnon. Laura went on to win "Best Pop Single" and "Best Pop Artist" for their co-produced single "I Am" at the London Music Awards the following year. In 2011, McNevin attended the 53rd Annual Grammy Awards. While staying in LA, McNevin attended several events: engaging in talks with noted industry pros, being interviewed street-side for a popular web-based weekly “what’s hot” program and of course getting the chance to walk the red carpet. Shortly after his arrival back in the Forest City, he was invited to guest lecture on his experience at The Awards for interested students currently enrolled in the MIA program at Fanshawe. The year ended off on an additional high note when McNevin received word of an unexpected double nomination: “Best Producer” & “Best Composer” for SCENE Magazine’s London Music Awards.In 2012, McNevin was granted the opportunity to compose and write several theme songs for Rogers TV weekly programs including “London’s Driven” (Revolutionary Projects/RogersTV) and also for social media distributors across Canada. Shortly after this venture, McNevin hung up his musical boots and pursued a new career opportunity outside of music, traveled the world, and lived a quiet life.

In 2017, after a near 7 year hiatus from performing, McNevin re-emerged onto the London music scene on a mission to recapture his passion for live performance and music composition. Currently serves as an active member on several committees including the Forest City London Music Awards and the London Music Committee through the London Music Office at City Hall. He also writes and performs with several cover bands and original acts in the area.

In 2019, Delta Stone & The Wardogs took the blues award at the Forest City London Music Awards and McNevin was also awarded Keyboardist of the Year through the awards fantasy band project as voted in by the music community and public. Opportunity struck when he opened up for April Wine at London Music Hall with Delta Stone & The Wardogs in October, and David Wilcox with Tell It To Sweeney in November.

In 2020, amidst a pandemic, a canceled tour, and over 60+ gigs lost, McNevin still persevered and concluded the year with several nominations at the Forest City London Music Awards where projects he was involved in took a nomination in the Rock category (Delta Stone & The Wardogs) and the Fan Favourite category (Tell It To Sweeney, Kate Channer Band).

Irrespective of all the places his career has taken him thus far, McNevin remains modest. "If it weren't for the continued encouragement of individuals like my high school music teachers Mark Spencer and Kevin Hamlin, college professors, along with my friends, family, and bandmates, I wouldn't be where I am today."